Black Lives matter!  So claims a vocal, concerned group of citizens here in the West, who believe their safety—indeed, their very lives—are at risk in the frightened, suspicious society we are quickly becoming.

All Lives matter!  So comes the response from other groups of concerned folks who believe their traditional culture and way of life are under siege from racial and ethnic groups whose appearance and customs are often quite different.

So who is right?  Are these two positions antithetical, as many would have us believe?

Perhaps, rather than making declarative statements, we should be asking more questions of each other.  The question I ask is, whose lives matter?  Anyone’s?  As I survey the daily news reports of exploitation, forced migration, and ethnic slaughter, I truly wonder.

To whom does my life matter, for example?  Do the nameless powers-that-be who head up multinational corporations, relentlessly extracting and harvesting the resources of our planet, really care about me?  Even as a consumer, one among millions?

Do the presidents, premiers, and overlords of so many autonomous nation-states genuinely care about me?  Even as a voter and citizen of a sovereign country, one among more millions?

Do fanatical extremists of whatever political or religious persuasion actually care if I live or die, so long as their own frenzied ends are met?

I think not.  My life and death are of supreme indifference to all of them.  I am too small to count.

Individual lives do matter, I believe, to one’s immediate spheres of influence—families, friends, neighbours, and the like.  And, thankfully, to the number of altruistic people and organizations who dedicate their time and energy to relief efforts in areas of crisis around the globe.

Consider the indigenous peoples of every continent whose way of life was essentially exterminated by ruthless invaders in the name of empire, religion, and profiteering.  Did their lives matter?

Consider the hundreds of thousands of refugees fleeing their homelands to avoid terrorist activities that have killed so many of their compatriots, a number many fear will overrun the safe-haven nations to which they flock.  Do their lives matter?

Consider the millions who have died from famine, drought, and genocide in so many third-world regions, people whose plight was known but for whom so little could be done.  Did their lives matter?

And then think about the population explosion that threatens to outpace the ability of the planet to sustain itself.  According to a 2014 Living Planet Report from the World Wildlife Federation, the current global rate of consumption, if continued, will require 1.5 planet Earths to support us.

If everyone were to live like the British do, however, that number would rise to 2.5 earths; and if everyone lived like we North Americans, the number would jump to four!  Untenable!

In such a global context, it seems unlikely to me that individual lives matter.  Either mankind must dramatically slow its rate of reproduction, or (as unpalatable as this sounds) individuals must perish in order that the collective may survive.  Hideous to contemplate, yet the human race continues to take each other’s lives, anyway—savagely, often indiscriminately, and remorselessly.

I saw a photo-shopped picture recently, a scuba diver swimming near a huge Great White shark.  The caption read: This is the most feared killer on the planet, murdering millions of people a year.  Beside it, a shark swims peacefully. 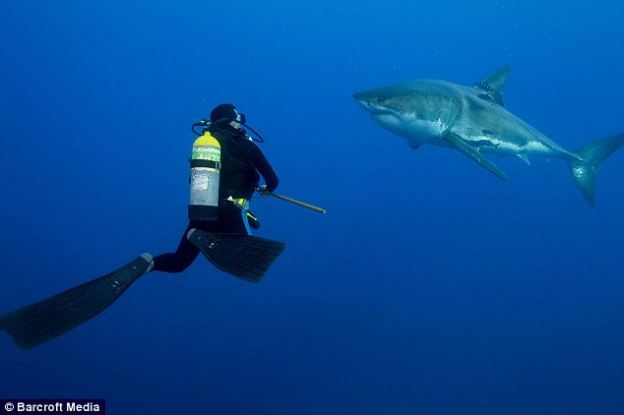 So I ask myself—in the overall scheme of things, on our current path—whose lives matter?

We need to answer that question together, not separately.