I am struck by the awful asymmetry of these two events.

For many lovers of music, the passing of the artist, while distressing, allows us once again to celebrate and honour the memories his songs created for us.

For progressive, liberal-minded people, the election of an erratic demagogue foreshadows a period of pullback, retrenchment, and isolationism in America.  The nation’s motto, E pluribus unum—out of many, one—takes on an ominous tone.

I know of no one who is happy at the death of Cohen.

By contrast, millions upon millions of Americans are thrilled by the ascension of Trump.  And, despite my many misgivings, I could well be among them if all the actions he has pledged to take were similar to these, for example: impose term limits on all members of Congress; impose new restrictions on lobbying and lobbyists in Washington; allow vital energy infrastructure projects, like the Keystone Pipeline, to move forward; and fix America’s water and environmental infrastructure.  In my view, these are reasonable, wise moves.

Alas, he may also proceed with actions such as these: renegotiate NAFTA or withdraw from the deal altogether; lift the restrictions on the production of job-producing American energy reserves, including shale, oil, natural gas and clean coal; cancel billions in payments to U.N. climate change programs; repeal, rather than fix, the Affordable Health Care Act; appoint conservative judges to vacancies in the Supreme Court (who will, quite possibly, reverse Roe v. Wade affecting women’s rights with respect to abortion); and cancel funding to such organizations as Planned Parenthood and Sanctuary Cities.  I deem these actions to be backward-looking and regressive.

For me—one of those liberal progressives favouring public policies of inclusion and social conscientiousness—it is interesting to consider some of the sobriquets bestowed on Cohen over the years, and to see how many of them might fit Trump:

In Cohen’s case, these phrases were intended as respectful descriptions of the songs he wrote and performed.  They are almost oxymorons, in that they combine positive and negative attributes in each phrase.

By contrast, for Trump they may bear no double-meaning; depending upon the actions he does choose to take during his first months in office, I fear they may have to be taken literally.

Consider these lines from Everybody Knows, one of Cohen’s most revered works; time will tell if they prove prophetic:

And if the worst does come to pass, keep in mind these lines, also from Cohen:

Ring the bells that still can ring
Forget your perfect offering
There is a crack in everything
That’s how the light gets in. 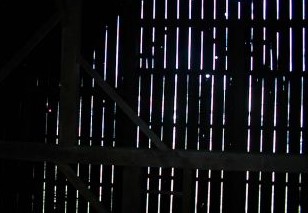 Cohen knew that, and we know that, too.

4 thoughts on “Everybody Knows”