A cornerstone of democracy is the right to free speech, a principle perhaps best expressed in a 1906 work by the English writer, Beatrice Evelyn Hall, a statement often erroneously attributed to Voltaire:  I disapprove of what you say, but I will defend to the death your right to say it.

A second foundation of a democratic society, closely related to the first, is the right to a free press.  Newspapers as we know them made their first appearance in 17th century Europe, and in the mid-1700’s they were dubbed ‘the fourth estate’ by Edmund Burke, a British politician (the first three estates being those represented in parliament—the clergy, the nobility, and the common people).

Burke went so far as to describe this fourth estate as more important by far to the health of a nation than the other three, a sentiment echoed a hundred years later by Thomas Jefferson, author of the American Declaration of Independence, who wrote:  “…were it left to me to decide whether we should have a government without newspapers, or newspapers without a government, I should not hesitate a moment to prefer the latter.”

The invention of the telegraph greatly enhanced the spread of news across nations, and around the world.  Thanks to technology, reporters could file their stories from anywhere (traditionally ending them with the rubric – 30 –  a shorthand for End), assured that they could be read everywhere.

But why is it so important to a free society that its citizens have the right to speak their minds, and the right to access a free press, unrestricted by government censorship?  Especially today, in this age of unlimited entrée to digital social media.

The answer lies in the fact that until very recently, we have been able to trust our news sources to deliver truthful accounts of events in the world around us.  Most reliable outlets reported the facts as they happened, based upon the best information available.  Serious journalists regarded accuracy and bias-free reporting as sacrosanct.  Editorial beliefs were confined, for the most part, to the opinion pages, and op-ed viewpoints were included to ensure balance in the presentation of the news.

Throughout my lifetime, it has been relatively easy in our democratic nation to educate and inform oneself about the world in which we live by reading, listening, and watching a variety of news outlets, their spectrum of viewpoints providing a balanced picture, as accurate and verifiable as it is possible to be.

Today, however, anyone can report the news through a variety of social media, regardless of their qualifications (or lack thereof), degree of impartiality, sense of right and wrong, education, or bigotries.

As an example, have a look at the headlines below, from different decades, and decide how many (if any) were actually reported:

Titanic Torpedoed by U-Boat; Tragedy Covered Up by Admiralty

Now, before deciding about that first group, check out the next list:

Would You Rather Your Child Had Feminism or Cancer?

Gay Rights Have Made Us Dumber; Time to Get Back in the Closet

Which of the two groups is the more credible, which the more ridiculous?

Well, as you may have guessed, none of the headlines in the first group ever surfaced in any news outlet; I made them up.  But, incredibly, every one of the second group has actually appeared in a newspaper or digital news source—many of which inhabit the social media universe. 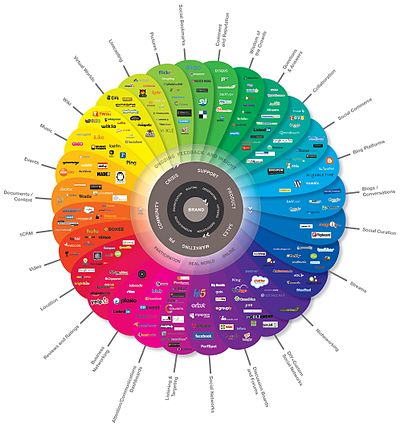 That could strike one as funny, but there’s a serious consequence to the burgeoning glut of fake news stories.  Many readers, listeners, and viewers (let us hope most of them) have the wisdom and experience to differentiate between what’s real and what isn’t.  And to base their subsequent actions on those conclusions.

But increasing numbers of uneducated, unsophisticated, gullible consumers of information do not have the ability to separate truth from fiction in such stories.  They are, therefore, susceptible to the persuasive powers of those who purvey pernicious falsehoods, often for political or financial gain.

To one who is colour-blind, all the various hues may appear the same; to those who are media-illiterate, all news accounts may possess the same weight, the same degree of veracity.  And that being the case, which are paid the most attention?

Unfortunately, all too often the attention goes to the lurid, sensational, graphically-charged, and blatantly false packages, at the expense of the sober, dispassionate, accurate accounts a free society and informed citizenry needs.  And this is coming at a time when traditional newspapers are increasingly falling by the wayside, unable to financially survive in our digital communications world.

I see three possibilities if this trend continues, and two of them are alarming.  One is a persistent proliferation of fake news sources, many of which reap great financial rewards for their producers, and all of which contribute to the continued dumbing-down of our society.  Ignorance is greatly to be feared.

A second is the institution of censorship by governments worried about the loss of press freedom—or, more ominously, about the unbridled existence of propagandizing news outlets that would replace elected leaders with demagogues not concerned or constrained by democratic principles.  Censorship is also to be feared, for it is a death-knell for freedom of speech.

The best possibility, but less likely I fear, is a re-awakening on the part of citizens of countries such as ours to the importance of a free press; to the obligation we have to teach young people (and their media-illiterate elders) how to differentiate between the real and the fake; and to the absolute necessity of safeguarding both free speech and a free press if we are to preserve our democratic way of life.  No number of fact-checkers can ever substitute for an informed, discerning, and open-minded citizenry.

If we are unsuccessful, I believe, we shall arrive at the point where the last credible headline we shall ever see is: