How we know when politicians are lying to us, the old story goes, is that their lips are moving.  Cynical as that point of view may be, I find it increasingly difficult to believe what I hear from elected officials, be they municipal, provincial, or federal.

Mind you, it is rarely, if at all, that I actually have a face-to-face conversation with government office-holders.  My contact with them comes through newspapers and periodicals, the broadcast media (mainly television), and the innumerable digital streaming platforms that seem to be rapidly taking over the information age.

I have long been a quasi-political junkie—more queasy now than quasi, alas—‘though I have never aspired to enter the fray directly.  Perhaps, given my background as a student of history, I’ve always enjoyed seeing events unfold in real-time, even if vicariously through reading about or watching the news of the world.  My first visceral, voyeuristic exposure to that happened shortly after the Kennedy assassination, when I watched a Dallas hoodlum shoot the alleged assassin on live TV.  The blunt shock of that resonates still in my memory. 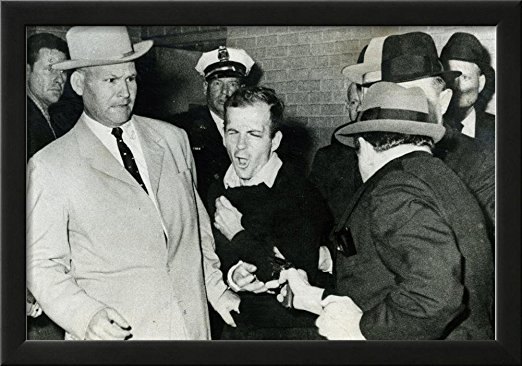 So today, many years after that seminal event in broadcast history, I still read about, watch, and listen to the newsmakers of our present era.  But it is in the visual media that they look most real, even if sounding less than authentic.  And over time, I have come to accept everything I see and hear from them with a healthy dose of skepticism.

The main reason, I think, is that they never seem to answer the questions asked of them.  I have seen them in front of their supporters, in media scrums, at formal press briefings, even in parliamentary Question Period, deliberately avoiding a direct reply to a clearly-stated question.

If I were to be charitable, I might concede that, perhaps, they are not lying to us.  Maybe they are merely obfuscating.  Evading.  Deflecting.  Or maybe they really believe what they are telling us.  Or, most ominously, maybe they don’t know the answers.

But if I am to be honest, I think they are lying.  Deliberately.  Through their teeth.

Imagine, if you will, that you are watching a televised (or streamed) interview, conducted by a respected journalist, with me as the subject (and in order for this metaphor to work, you must also imagine that I might be a world-renowned, best-selling author worthy of the journalist’s time).  Listen to the questions the interviewer poses, listen to my answers, and determine for yourself which of my responses, if any, constitute a direct reply, or an honest one.

I’ll give you the score at the end of the interview.

Q.  Thank you for sitting down with me today. Do you consider yourself a worthy successor to the likes of Hemingway, Steinbeck, and Faulkner?

A.  I appreciate the comparison. You’re very gracious in your praise.

Q.  Yes, but what about those other writers?

A.  You know, of course, that they were American, right? And I’m not.

Q.  Okay, so what is it about your writing that so captivates your audience?

A.  Writers write, and readers read. There’s a difference.

Q.  Well, sure. But how is it that you’ve captured readers’ imaginations so thoroughly?  What sets you apart?

A.  Asked and answered. Next question?

Q.  Ummm…okay, what are you working on now? Can we look forward to another blockbuster?

A.  The great thing about our capitalist system in North America is that market forces determine what’s up or what’s down.

Q.  There are rumors abounding that a Nobel Literature Prize might be in your future.  Any thoughts about that?

A.  Alfred Nobel was a great humanitarian, an example to us all.  And I really like Bob Dylan.

Q.  Alright, let’s switch gears for a moment. Have you ever experienced what the pundits call ‘writer’s block’?

A.  You know, the wonderful Italian operatic composer, Gioachino Rossini, never wrote another masterpiece after the age of thirty-seven. Isn’t that interesting?

Q.  Yes, but what does Rossini have to do with your writing process?

A.  One or the other of his operas is always playing in the background when I write.

Only one of these eight answers was straight-up honest, rather than misleading or outright untrue—the final one.  The rest were as if taken from prepared talking-points, to be used regardless of the questions asked.

That, in a nutshell, is what I find so annoying about politicians today.  With few exceptions, and but for rare occasions, they refuse to tell me the truth.

What is the truth about climate change?

What is the truth about the mid-east peace process?

What is the truth about the sub-prime mortgage scandal?

What is the truth about the nuclear arms race?

What is the truth about our planet’s impending freshwater shortage?

I don’t know the answers to these questions, and nor do you, I suspect, because our elected leaders refuse us the information that would help us make informed decisions.

It seems not to matter who they are—a dreamy prime minister, a buffoon president, a thuggish dictator—none comes clean with us. 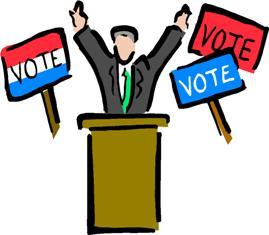 In the burgeoning development of artificial intelligence, AI, I wonder if there is perhaps a glimmer of hope that we might someday be governed by unemotional, clear-thinking, moralistic leaders—smart machines—unimpeded by the failings of human arrogance.

But no, that would be too ridiculous to contemplate, a substitution of artificial intelligence for the limited or nefarious intelligence we deal with today.