In all the sixty years I knew him before he died, I never referred to my father as the old man.  Despite being acceptable in many households, that phrase always seemed a tad disrespectful to me.  And besides, my mother forbade me.

When I spoke directly with him, I called him Dad.  When referring to him in conversation, he was my father, or my dad.  He was never my old man.

I had no problem with others who used the phrase, though.  My friends always seemed to have a loving relationship with their fathers, regardless of how they referred to them.

But there was no denying one fact; during the last decade of his life, which ended in his 92nd year, my dad definitely became an old man—a state of being I am now coming to understand. 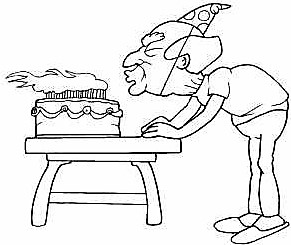 We were different, he and I, in so many ways—temperamentally, emotionally, and physically.  From my perspective, he seemed a placid soul, tending to take life as it came (although often expressing frustration when it wasn’t to his liking).

I knew he loved me, but he wasn’t one to say, “I love you,”; in fact, when I would say that to him, his usual response was, “Thank you.”  Genuinely pleased to be loved, but unsure as to how to express it to his son.

He was a bigger man than I, and stronger, although he was not particularly active in his later years, save for a daily walk.  As I grew up in the family home, I never got big enough to wear his clothes or his shoes (although, given our discrepant styles, I probably wouldn’t have, anyway).  When I inherited his cherished Omega wristwatch, I had to have three links removed from the bracelet in order to wear it.

As a child, I think I mostly took him for granted.  He was always there, he was dependable, he was predictable—a benign, constant presence in our household.  Not until after I had become a father myself, dealing with adolescent children, did I begin to think more about our relationship.  Not until then did I begin to reflect more on our similarities, rather than our differences.

By then, he was in his seventies, the decade I now inhabit.  His hair was thinning and graying, his gait was slowing; and I’d often see him lost in apparent reverie, a thousand-yard stare in his vivid blue eyes.  I used to wonder what he was thinking about, but I never asked.  I wish now I had.

He’s been gone for fourteen years almost, and I still see him in my mind’s eye—but always as an old man.  For images of his younger self, I have to look at family albums, where I am always struck by how youthful he was.  I just don’t remember him like that.

The clearest memories I have, however, are counterfeit, in the sense that they are channeled through me.  For example, I used to notice how graceless he looked when he bent over to pick his newspaper off the floor—bowed legs canted outward, fanny pointed skyward, gnarled hand struggling to reach low enough.

At my age now, of course, I realize bending one’s knees can be quite a problem if one expects to rise again.  So, I bend from the waist, too—bowed legs canted outward, fanny pointed skyward, gnarled hand struggling to reach the floor.  And alas, I see my father in my ungainly pose.

He used to sneeze—not demurely, but prodigiously.  A-roo-pha-a-!  A-roo-pha-a!  we might hear.  Or A-ree-cha-a-a!  A-ree-cha-a-a!  Sometimes A-chintz-ish!  A-chintz-ish!  There seemed no end to the variety of forms his sneezes could take.  But always, they were six times repeated before he seemed able to stop.  I think we first learned to count by marking my father’s sneezes.

Now I sneeze, too—not decorously, but colossally.  They come upon me at the most inopportune times, and I’m unable to control them. A-roo-pha-a-a!  A-ree-cha-a-a!  A-chintz-ish!   And to my chagrin, I hear my dad all over again.

I had my childhood heroes as a boy, but my father wasn’t one of them.  Not then.  He was too old, too square, too conservative.  And sometimes (to my shame now), too embarrassing.  But in adulthood, I came to appreciate that his stolid, almost-Victorian demeanour was comforting, that his sly sense of humour was refreshing, that his love for his family was unending.

As my daughters grew up, they called him Grandpa, or more often Gramps.  They didn’t think he was square; they thought he was cool.  Now that I’m Gramps to my own grandchildren, basking in their attentions, I’ve come to appreciate how much my kids’ love must have meant to him.  Which makes me very happy that I appear to have, at long last, become my dad.

As another Fathers’ Day approaches, I give thanks for one of my heroes, that old man who was my father.