On a long-ago Saturday morning, musing over a cup of tea, I came to a mind-altering realization.  My entire family, except for me, was in the bathroom.

Not the same bathroom, of course, for we had three in our house back then.  But that insight sparked an idea, a theory, as to why we’re witnessing a change in the traditional family structure in our North American society.

I knew immediately that if I were ever to present my idea to a United Nations Conference on the Family, for example, it would be extremely well-received—probably heralded as a major breakthrough—because I felt it would answer a question that has plagued sociologists and urban-planners for a very long time.

Why are we experiencing such a major shift in the traditional social patterns of our society, most specifically in the so-called, nuclear family?

Before revealing the disquieting answer, I should provide a little background.  The nuclear family, until not so very long ago, had been the fundamental element in the fabric of our culture.  It consisted of a nucleus, usually two parents, and several particles orbiting the centre, those being the children.  Like the atom, to which it bears a resemblance in diagram-form, the nuclear family had long been considered virtually unbreakable. 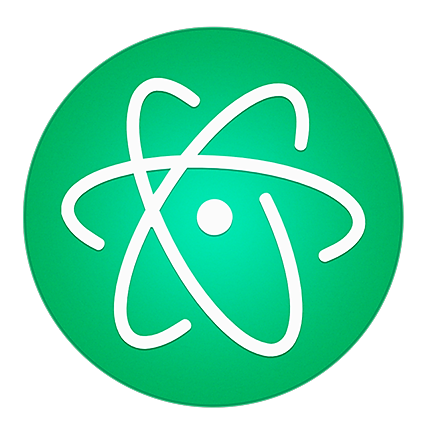 But in the 1940’s, we learned (perhaps to our sorrow) that we were wrong about the atom; it could, indeed, be split.  The nuclear age dawned on an unsuspecting world when physicists discovered the means to do that.  Our whole existence was altered with the advent of nuclear fission.

In a similar way, with perhaps more profound consequences, the nuclear family has begun to split during the past few decades.  Several theories have been published over time which attempted to explain the reasons for this, but not one of them has managed to find the true cause.

Now, at last, I have it, and I’ve christened it nuclear flushin’.

As with so many major discoveries, the answer, once known, is relatively simple.  The fragmentation of the nuclear family in North America has been accelerated by the proliferation of a phenomenon known as ensuite bathrooms!

Don’t believe me?  Well, think about the home you live in now, or about the homes where your friends live.  In all likelihood, regardless of the size of the house, or its style or its layout, there is more than one bathroom.  There’s an excellent chance, particularly if the house was constructed during the late 1970’s or later, that ensuite bathrooms are connected to one or more of the bedrooms.  And that’s in addition to a main bathroom and a two-piece powder room.

Now compare this with the home you lived in with your parents (or where they lived with their parents), and you may begin to see what changes the ensuite bathroom has wrought.

Once upon a time, in a typical family of five or six, the average morning witnessed a grand reunion before breakfast.  Everyone gathered in or near the one bathroom in the house.  The daily rituals of bathing, shaving, brushing teeth, combing hair, and other such essentials were performed to the accompaniment of cries to hurry and demands to share the mirror.  In my family, one was seldom alone with one’s ablutions; and woe betide anyone who tried to lock the door!

One of the beneficial effects of this shared intimacy was that the various members of the family came to appreciate how much we were alike.  Few secrets existed among four children sharing a tub!

I first became aware that there must be more than just physiological differences between the sexes when my brother and I, for reasons we didn’t fully understand at the time, had to wait until our sisters were out of the tub before we could get in.  And I still remember how the two of us would pee in the bath, laughing giddily at fooling our father, who’d have his hands in the water while scrubbing us.  Duh!

But that was once upon a time.  Today, we’re all encapsulated, cut off from one another, no longer sharing our most natural activities.  Each morning, we emerge from our bedrooms-with-ensuite-bathrooms, sparkling-clean and perfectly-groomed.  None of us ever sees the others as we really are, and so we do not appreciate how much alike we are.

Today, it seems to me, everyone is preoccupied with personal space, privacy, and rights—all of which emphasize our differences.  And that, I submit, is why the nuclear family is disintegrating.

Eventually, I’ll commit my theory to paper (not of the toilet variety), with innumerable citations and references to support my thesis.  And when the opportunity arises, as I’m sure it will, I’ll truly enjoy presenting it to the United Nations.

I still need time to really flesh out the details, however, to think the idea through more carefully.  But the wonderful thing is, I have the chance to do that, in glorious solitude, in my own ensuite bathroom! 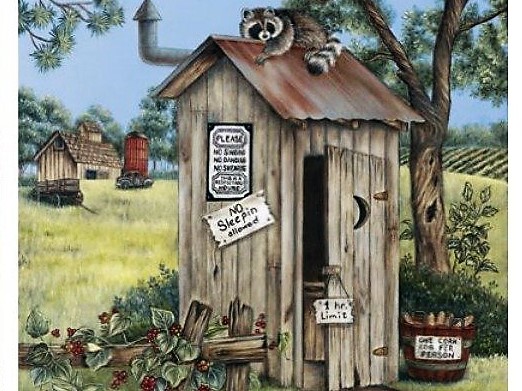 And you’re among the first to know!