If you’ve ever been on a long-distance road-trip and had to stop unexpectedly along the freeway at a service station bathroom, and been repulsed by the dirtiness of the facilities, and the smell, did you appreciate the difference between that and the sanitary, well-maintained, odour-free restroom you found elsewhere?

If you’ve ever been stymied by drivers on a crowded freeway who refuse to let you merge from the on-ramp in front of them, did you value the difference between their attitude and that of the gracious driver who did allow you in?  And did you wave your thanks?

Wherever we go, it seems, and whatever we do, we are constantly encountering a need for services and interactions with people—some of which do not pass muster, others of which surpass our expectations.

If you’ve ever been dining out at what you thought was a good restaurant and then discovered a trace of someone else’s lipstick on your unused wine glass, or found a morsel of baked-on food between the tines of your dinner-fork, did you understand the difference between that and a truly first-class establishment?

If you’ve ever been ready to tumble into a hotel bed at the end of a long day, only to discover stains on the supposedly-clean sheets, or perhaps traces of bedbugs, did you appreciate the difference between that and a four- or five-star hostelry?

If you’ve ever had occasion to return a purchased product to the store where you bought it, only to be greeted by a surly, suspicious returns-clerk, did you welcome the difference between that and the gracious, no-questions-asked manner of the person you dealt with when you returned something to another store?

If you’ve ever found yourself bewildered in front of an airport kiosk that has apparently consumed your passport, and been forced to deal with a sullen, uniformed airline staffer with little apparent interest in helping you, did you value the difference between him and the employee of another airline who pursued you all the way to your boarding gate to return the passport you’d inadvertently left on her desk?

If you’ve ever rented a vacation villa for a couple of weeks, only to discover upon arrival that the online pictures—so instrumental in making your choice—in no way resembled the ramshackle reality of the place, did you give thanks for the difference between that and the next place you chose, which was clean, bright, and airy, as promised?

If you’ve ever waited in line for service at a bank, for example, or a supermarket checkout, and had the teller or cashier close the desk just as you reached the front, did you appreciate the difference between that and the person who waved you forward, despite the fact his or her shift was supposed to be finished?

I draw these comparisons to illustrate a realization I came to when I listened recently to a televised address by the forty-fourth president of the United States (who left office two years ago), in front of an audience of mostly college-age folks.  Despite the great difference between their ages and mine, I believe we shared an appreciation of the man and his message.  His remarks were relevant, coherent, humourous, and structured—full of a clarity and insight so absent from the national scene now.

On a newscast shortly after that speech, I heard his successor, the forty-fifth president, speaking to a group of supporters at one of the rallies he frequently attends.  His remarks, by contrast (and in my opinion), were self-centred, random, mean, and spontaneous—possessed of neither lucidity nor prescience. 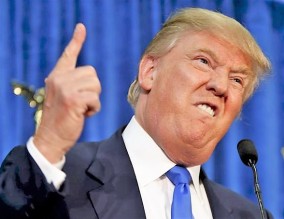 I was struck by the enormous intellectual gap between these two men, their understanding of duty and honour, and their vision for their country.