Once upon a time, it seemed summers would never end.  From the day school let out until the first fall-fair fell upon us, our days were blissful, carefree, and limitless.  Eat breakfast and rush outside to play.  Dash home for lunch, then go back outside.  Trudge home for supper, then head outside yet again. 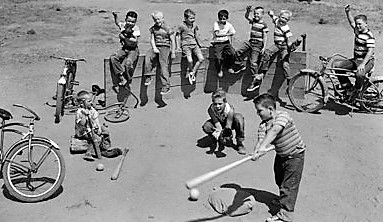 Such were the halcyon summers of childhood I enjoyed.

But I grew up, in spite of myself, married, found work as a teacher, and became a father.  And those summers suddenly became more finite.

The calendar tells us that summer ends with the autumnal equinox in late September, but the end always came much sooner.  It was marked, not by an arbitrary calendar, but by the requirement to go back to school.  And once I became a school principal, I had to head back to work ahead of the students if I had any hope of being ready for their return after Labour Day.

For many folks, I suppose, the coming of fall is a time of new beginnings, of anticipation.  They think in terms of the flaming fall-colours, the brisk autumn days, evenings spent curled up with a book in front of a cozy hearth.  They look forward to the change of seasons.

Not I, though!  I’ve always tended to think of it as a gloomy time—the conclusion of summer, and the close of so many pleasurable things that vanish with the coming of September.

Let me cite a few examples.  With the end of the warm, sunny weather, there came the end to my carefree habits of dress.  No more swimsuits or running shorts; no more open sandals or ancient running shoes; no more tank-tops or faded team sweaters.  Instead, it meant a return to the straitjacketing drill of collars and ties, pressed slacks, knee-high socks, and polished dress shoes.

The end of summer put a stop to the treasured luxury of shaving every two or three days, depending upon what activities were planned.  And it called a halt to the wearing of old ball caps as an alternative to brushing my hair.

The onset of fall wrote fini to three or four leisurely cups of coffee with the morning paper, and an end to mid-morning breakfasts on the back porch.  It heralded, in their stead, the beginning of hurried showers and breakfasts-on-the-run.  It marked the re-entry into the exciting world of daily traffic reports, as I attempted to find the shortest, quickest route into and out of the city.

In short, summer’s end brought to a close the lazy, drifting vagaries of summer living I tried so vainly to hang on to.

Coming back to the real world was a jolt to my entire system.  It was like going from childhood to adulthood all over again!  I mean, once was enough.

I’ve never wanted to be the type of person who wishes his life away, always yearning for something different than what is.  But, in a sense, I guess I used to do just that.  For me, the year was divided into two seasons, summer and not-summer.  When the autumn of the year rolled around, and not-summer was upon us once again, I would start repeating my mantra:  Next is Christmas, then Easter, and then it will be summer again!  Everything in between was just wished away.

I remember so many glorious summers-almost-ended, when I’d have one last camping trip planned for up north.  My cutoffs and hat would be in my bag, my shaving-kit left behind. Together with my wife and daughters, I’d be off for one final fling in the glorious realm of summer.  Hiking, swimming, paddling, exploring, picking berries, roasting marshmallows, singing our hearts out around the campfire, sleeping the sleep of the innocent in timeworn sleeping-bags—I would be like a child again.

Even now—retired, when every day is like a Saturday—as September approaches, I’m going to pretend, yet again, that summer will never end, that I’ll never have to grow up and give it up.  There is so much left to do.