That should be such an innocuous phrase, here in our land of plenty.  For me, it heralds a trip to the refrigerator, perhaps the snack cupboard, to address the niggling pangs between meals.

Mind you, a moment or two on the weigh scale would indicate I am certainly not going to perish imminently if I don’t satisfy the urge.  But I still complain, and I still nibble away.

Sometimes, though, I wonder what it would be like if I lived in a currently-emerging country, maybe in sub-Saharan Africa.  What would the phrase mean to me in that case?  Could I blithely traipse to a snack cupboard, to a well-stocked fridge, to stanch the cravings?

Obviously not.  Were I there, I might not even have access to safe drinking water.  But unlike those poor unfortunates, I am blessed to live in a providential country, overflowing with nature’s bounty, where no one ever has to go hungry.

The United States is one of the wealthiest nations on the planet by almost any measure.  Among the thirty-four members of the Organization for Economic Cooperation and Development, it ranks first in average household income, and leads the world in household spending.  The standard of living sits solidly in the top twenty countries.

However, the gap in household wealth from highest to lowest is larger today than it has ever been.  In 2018, American households held over $113 trillion in assets. If that amount were divided evenly across the population of 329 million, each person would have over $343,000.  But we don’t live in a co-op, and that is not going to happen. 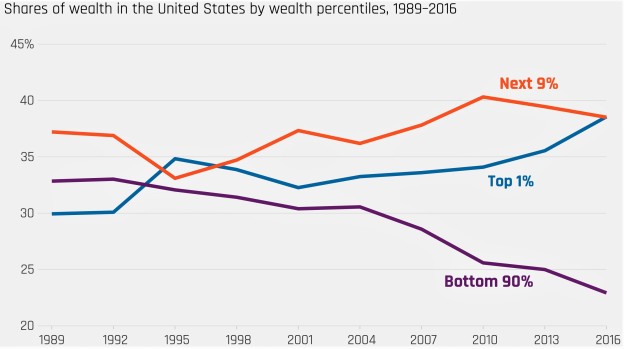 More than thirty-eight million Americans live in poverty, earning less than twenty-six thousand dollars a year.  The median annual income in America in 2018 was more than sixty-three thousand dollars, so there is a significant gap.  And of course, that number is a minimum.  Many families making much more are still considered low-income by most experts, and many have difficulty making ends meet.

Of the number living in poverty, thirty-seven million struggle with hunger daily, including thirteen million children.  When they say, “I’m hungry!”, it has real import.

Breakfast programs in numerous school districts provide relief to hundreds of thousands of children, except during holiday periods, of course.  And both government and community organizations also provide assistance, such as the Supplemental Nutrition Access Program and the Special Supplemental Nutrition Program for Women, Infants, and Children.

One of the reasons is the slow recovery for the poorer segment of the population from the economic crash of 2008.  This group was demonstrably the last one for which life improved after the economy began to rise.  Even when the wage-earners in the group found jobs, they were often paid only minimum-wage or slightly higher.

The Economic Policy Institute, an independent, non-profit group studying the impact of economic trends and policies on working people in the United States, found that between 2000 and 2015, wages for the bottom earners were flat or declined, and that the preponderance of gains occurred among the highest earners.

This is the time of year when I—comfortably ensconced in front of my television, nibbling on the snacks I fetched when I realized I was hungry—see heartwarming ads portraying people coming home for the holidays.  The snow is gently falling as they mount the porch steps to a house adorned with twinkling Christmas lights.  When the door is thrown open, they are engulfed in hugs and kisses from those already there, laughing and talking in front of an open, festive fire.  They are not among the lowest wage-earners.

Indeed, it is a scene right out of Norman Rockwell.

I never see ads out of Charles Dickens, however.  I never see anyone like the Cratchit family, huddled around a miserable hearth, trying like Tiny Tim to find cheer and joy in the season.  But they’re out there.

For me, and perhaps for you, “I’m hungry!” is such an innocuous phrase.  For others, it’s a desperate cry for help.

I wonder what else we can do.