So spake my grandfather once upon a time, admonishing me—perhaps five years old at the time—when I mispronounced a word while talking with him.  I remember dissolving in laughter, delighted by the strange words coming from his mouth.

Language, and its proper usage, were important to him.  An accomplished calligrapher, a voracious reader, and an avocational writer, he was forever dwelling on the importance of speaking and writing correctly.

Years later, as a young teacher, I carried on that same tradition by including grammar lessons in my pupils’ daily curriculum.  When I became a father, I continued the practice in conversations with our daughters.

Neither my wife nor I favoured the inane baby-talk that was so prevalent among parents back then as they communicated with their children.  Right from the beginning, we resolved to speak to the girls in proper sentences, expressing complete thoughts, using correct terminology, pronouncing words properly.  Most of it probably went over their heads in the beginning, of course, but we definitely set an expectation in their minds that effective communication was important.

Along the way, I made time to tell them of the various quirks and anomalies of the English language.  Making a game of it, or including it in story-times, helped, I think, to convey the lessons.

I’d explain to them about adverbs and adjectives, and how they’re used.  “Adverbs usually, but not always, end in ‘ly’,” I’d say.  “So, you don’t run quick or slow, you run quickly or slowly.  You don’t dress nice, you dress nicely.  Get it?”

“Huh?” their quizzical expressions would seem to say.

“But, you’re always saying I eat too fast,” the eldest once said.  “Does that mean I’m eating too fastly?”

At that point, I launched into an apology for all the exceptions to the rules in English exposition.

Spelling and vowel-sounds were often challenging, as well, when I’d lead them through the pronunciation of such lookalike words as: through (long u sound), tough (short u sound), although (long o sound), cough (short o sound), and plough (sounds like ow).

For a long time, we enjoyed playing a silly-sounds game, asking each other to correct the mispronounced words in sentences like this: ‘Althoo my meat was toe, I got thruff most of it.’

To many of our friends, parents themselves, my emphasis on grammar and spelling likely seemed fetishist, even obsessive.

“I could care less about that stuff,” they often said to me.

“No,” I’d reply, “I think what you mean is that you couldn’t care less.  If you could care less, it would mean you consider it important.”

Most of them would roll their eyes and drop the subject.

Pronunciation was always the main issue, though.  In time, the girls would recognize and laugh at obvious mistakes they’d hear on the radio or television, from speakers who ought to have known better.

Her sister might pipe up, “I heard someone talk about the nu-cu-lar bomb, instead of nu-cle-ar!”

“How about this one?” the first might say.  “We don’t eye-urn our clothes, we i-ron them.”

“Yeah, and there are no taggers in the zoo; they’re ti-gers.”

I suppose it was Grandpa’s grammar lessons that imprinted on me, and led me to become so insistent on proper language usage.

But, what about the situation today, I wonder, when so much of our verbal and written communication is made up of verbal shortcuts? 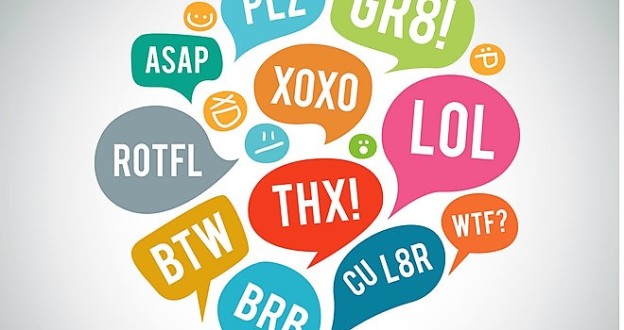 Is the proper usage of language still important?

It’s common anymore to hear someone say ‘What?’, not ‘Pardon?’ when they haven’t heard me; ‘Fer Shurr!’, not ‘For sure!’ when they’re certain of something; or, ‘It don’t matter!’, not ‘It doesn’t matter!’ when asked if everything is okay.

To me, it does matter.

Still, in the grand scheme of life, perhaps it no longer counts if our language continues to be used correctly and in its purest form.  It is a living thing, after all, and should, therefore, be expected to evolve over time, adapting to technology and 5G capabilities. 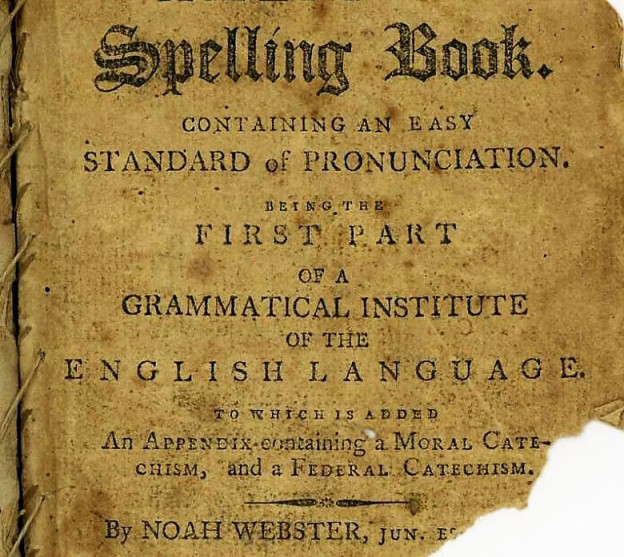 But, so much of the first impression we convey to others about ourselves is wrapped up in how we speak, and in how we sound to others.  So much about our intellect and learning is tied up in how we write.  I have trouble accepting that grammar, spelling, syntax, diction, and pronunciation may no longer be valuable in our human discourse.

My grandfather told me over and over that our language should always be held in respect, and used in its highest form.  And I, a child at his knee, believed him.

“Otherwise,” he’d say, a mischievous twinkle in his eye, “it will be a true cattas-troffy!”

It was and I said not but.

Well, a long-ago English teacher wrote it on our classroom chalkboard one Monday morning, and challenged us to figure out how to make it intelligible.  It remained there all week, ignored by some, I’m sure; but it captivated my attention, and I couldn’t rest until her challenge was met.

This was the teacher who first told me I had the makings of a writer, who encouraged me to write every chance I got, who supported my naïve ambition to write the great Canadian novel.

Beyond the importance of having a good story to tell, she said, and the necessity to populate it with believable characters, there are some essential rules you must follow if you want readers to persevere with you.

Number one:  correct spelling and grammar are crucial.  No reader will long stumble through badly-written prose, full of misspelled words, misplaced commas, and mistakes in punctuation.  Sentences contain subjects and predicates, nouns and verbs, adjectives and adverbs, clauses and phrases; it is the good writer who knows the distinctions among them.

Number two:  an easy, flowing style may sometimes override basic grammar rules, but a discerning reader will know the difference between literary licence and literary incompetence.  Woe betide the author who does not.

Number three:  show, don’t tell.  Describe what’s happening in your story, rather than simply telling the reader.  My teacher provided this example, the opening stanza to a poem by Alfred Noyes, The Highwayman:

The wind was a torrent of darkness among the gusty trees,
The moon was a ghostly galleon tossed upon cloudy seas,
The road was a ribbon of moonlight over the purple moor…

Contrast that with this oft-parodied opening phrase from Paul Clifford, an 1830 novel by Edward Bulwer-Lytton:

It was a dark and stormy night…

The first example allows the reader to imagine the conditions, to see them, to hear them, perhaps even to feel them; the second removes that opportunity absolutely.  The first draws readers in, engages them; the second renders them passive receivers of the information.

Number four:  if you worry about what someone might think of you when they read your scribblings, my teacher said, you’ll never write a thing.  Many years later, I was pleased to read what Stephen King, in his book, On Writing: A Memoir of the Craft, had to say about that:

If you expect to succeed as a writer, rudeness should be the second-to-least of your concerns. The least of all should be polite society and what it expects. If you intend to write as truthfully as you can, your days as a member of polite society are numbered, anyway…

If you write (or paint or dance or sculpt or sing, I suppose), someone will try to make you feel lousy about it…

The final example is one I devised for myself:  it’s impossible to actually finish a book.  The best I can do is to simply stop writing at some point, and bid goodbye to the people who inhabit the story.  For me, the process is initially about the writing; thereafter—endlessly if I were to allow that—it involves the rewriting.

And on that point, the wonderful American writer, Elmore Leonard, advised:

For me, the truest pleasure comes from the act of writing, of creating something that never existed before.  Ernest Hemingway, another superb American writer, put it this way:

Writing is something that you can never do as well as it can be done. It is a perpetual challenge and it is more difficult than anything else that I have ever done—so I do it.  And it makes me happy when I do it well.

My English teacher has long since passed away, but I still remember her admonitions, her inspiration, and her love of good writing.  As for that seemingly-nonsensical sentence she wrote on the chalkboard those many years ago, a sprinkling of punctuation made everything clear: