In the fertile imagination of a bookish, young boy, their names echoed down the years, a pantheon of heroes—some real, some fictional—whose gallantry and derring-do inspired dreams of glory.

There were Galahad, Arthur’s most loyal knight; Brian Boru, high king of Ireland; Ivanhoe, Scott’s noble warrior; Robin Hood of Sherwood Forest; and Robert the Bruce at Bannockburn—all of whom led me to think that perseverance and a righteous cause can triumph over all odds.

I read of boys I fancied to be just like me, and wished I could be just like them:  Peter Pan, Jim Hawkins, David Copperfield, Huckleberry Finn, and my favourite, Tom Sawyer.  It was delicious to imagine myself walking in their shoes, yet sobering to realize I could never fill them, except in my playtime fantasies.

As I grew older and my interests broadened, the list expanded to include heroes from the world of sport, some of whom had feet of clay I either was ignorant of, or chose to ignore.  Ty Cobb, the Georgia Peach; Busher Jackson of the famed ‘Kid Line’ with Primeau and Conacher; Arnie Palmer, the King; and the incomparable Ali, the greatest.  They inspired me to believe I could accomplish anything, even though reality kept bringing me back to earth.

By the time I came to realize that all my boyhood heroes were male, almost all of them white like me, the list of people I admired had already swelled to include both women and people of colour whose stories I avidly read.  The women included Joan of Arc, faithful martyr to a cause; Marie Curie, two-time Nobel prizewinner; Florence Nightingale and Laura Secord, who sought the battlefields heretofore trod only by men; Amelia Earhart, intrepid aviator; Anne Frank, diarist of atrocities; and Rosa Parks, igniter of a movement.

The men included Mahatma Gandhi, champion of non-violence; Jackie Robinson, who broke the colour-barrier in major-league sport, beginning in Canada; Willie Mays, the ‘Say Hey Kid’; MLK, another martyr to a cause; Bob Marley, the reggae Rastafarian; and Harry Jerome, world record-holding sprinter.  Sports heroes were prominent, of course, befitting my own predilections.

A common theme running through these lists, although I may not have been aware of it at the time, is the willingness on the part of these iconic figures to persevere through all manner of tribulation before finally achieving success.  However, I also admired others whom some considered failures, despite their ablest efforts against all odds to attain their objectives: Horatius at the bridge; William Wallace of Braveheart fame; the doomed troopers of the Light Brigade; Jimmy Carter, a one-term US president; Terry Fox, forced to surrender short of his goal to a relentless cancer; and Roméo Dallaire, who strove unsuccessfully to prevent the Rwanda genocide.  The passage of time, however, has heightened the regard in which most of us now hold their accomplishments.

A number of the people I looked up to, although famous in their own right, have been linked inextricably in the historical record, rightly or not, to someone else.  Lee and Grant at Appomattox; Stanley and Livingstone in the Congo; Holmes and Watson in Conan Doyle’s famous works; Churchill and Roosevelt in WWII; MacArthur and Truman in Korea; Mantle and Maris of the Yankees in 1961; and Mandela and Tutu combating apartheid in South Africa.

A partial contemporary list for me would include:  David Attenborough and David Suzuki, devoted to the preservation of our planet; Germaine Greer and Gloria Steinem, pioneers in the feminist movement; Stephen Hawking, physicist and exemplar of courage; Malala Yousafzai, girls’ and women’s rights advocate; Alexandra Octavio-Cortes, US activist and congresswoman; Greta Thunberg, climate change protester; and Alexei Navalny, Russian political dissident.

Almost everyone on that list is younger than I, unlike those who populated my boyhood lists.  They are all, if not politicians, quite skilled in the political arts.  And every one of them, devoted to the betterment of society, has put their commitment to their causes into constructive action.

None of the groups described in this piece is complete, of course.  Any of you reading them could come up with names of others who might accompany, or replace, my choices on lists of your own.  The most important of those, however, is the final one, the people you would consider heroes for today, people who will inspire and lead us to a transformed, more equitable society.

So, I leave you with this question as you consider the people I’ve mentioned—

Who else is there? 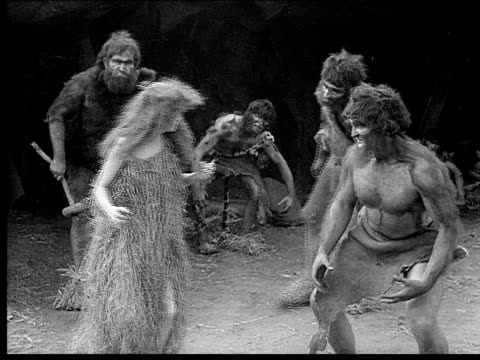