The American humorist and actor, Groucho Marx, once declaimed, “I refuse to join any club that would have me as a member.”

I don’t feel quite as strongly as he did about the issue, but still, I am not a joiner.

Not that I have dozens of invitations arriving weekly from various clubs or organizations, mind you.  In truth, almost all the offers I receive come from parties wanting my money.  There are blandishments from book clubs, reward-card companies, seniors’ affinity groups, travel clubs, and more, all promising the time of my life if I respond to their enticements.

I suppose it wasn’t always this way.  I do remember, in my pre-teen days, being a Wolf Cub, part of the Boy Scout movement.  And I still remember the motto we memorized, taken from The Law for the Wolves, a poem by Rudyard Kipling—the strength of the pack is the wolf, and the strength of the wolf is the pack.

The problem, as I recall, was that I never saw my pack-mates from one weekly meeting to the next, they being from different schools than I.  So I never felt particularly strong, and my ties to the pack were, at best, tenuous.

In my teens—indeed into my mid-fifties—I belonged to several different hockey and ball teams, and I faithfully practiced and played to the best of my abilities.  But these were never local, neighbourhood teams, so I rarely saw my teammates away from the arena or diamond.  I did enjoy the feeling of belonging, and missed it when I gave it all up, but that sense of loss has not prompted me to seek out similar experiences.

During my career, I was a nominal member of professional organizations and federations, but not in any active way.  I attended business meetings as expected, but usually eschewed the social gatherings that followed them.  Consequently, I was largely unknown by most other members.  In fact, when a coveted promotion that came my way was publicly announced, the most commonly-heard reaction from my provincial colleagues was a sincere, “Who?”

Throughout these years, it might be said I embodied the timeworn declaration, “He’s not exactly a household name…even in his own household!”

Fortunately for me, the last part of that statement was untrue.  My wife and daughters always welcomed me into the most exclusive club of all, our family.

Now, in my retirement years, my most enjoyable pursuits are solitary by choice:  reading and writing.  I belong to no book clubs, no writers’ workshops, no arts organizations.  It could be assumed, therefore, that I am somewhat isolated and lonely, a curmudgeonly hermit, but such is not the case.  I regularly participate in a variety of group activities with friends and neighbours—golf, snooker, bridge, cycling, dinners, weekend escapes, wintertime travels—all of which come with no strings attached.  There’s no club to join.  People seem happy to see me when I’m there, and unperturbed when I’m absent.

I occasionally wonder if this proclivity for solitude defines me as selfish—uncommitted, unconcerned with the needs of others, aloof and cold.  But honestly, I don’t think so.  In my interactions with others, I try to exemplify the GAGA principle:  go along or go away.  And I certainly harbour no ill-will for those who do enjoy being members of a club or association, part of an inner-circle, safely ensconced in a cocoon of camaraderie. 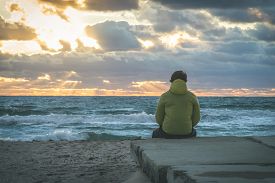 I am, happily for me, not a joiner.