“Neither a borrower nor a lender be!”  Sage advice from the English Bard, advice which I unsuccessfully tried to impart to my daughters as they were growing up.

Borrowing is an art, I used to tell them.  It’s very unlike lending, which is a straightforward act requiring nothing more than an assenting response to another’s request.

Anyone can lend something to someone.  No particular talent is needed, no marked intelligence, no difficult decisions.  A simple yes is all that’s necessary, and it’s done—just like that!

But borrowing is another thing entirely.  As a borrower, one has to know what’s needed and where it might be found.  One has to make certain decisions and offer certain guarantees to the lender.  It’s essential that one be able to make the request in such a manner as to elicit agreement from the other party.  And, of course, one must return the borrowed article in reasonable condition within an acceptable length of time.

Alas, it was that last condition that gave me a lot of trouble.  I’m a borrower, and always have been, which is why my daughters didn’t take my advice too seriously.  Yet, I never fully mastered the art of it.

I always knew what I needed and where to find it; there was no problem there.  And, I generally found other people quite agreeable in allowing me the use of whatever it was I asked for.  But returning what I borrowed in the same condition in which I received it always seemed next to impossible.

Mind you, I never took something back in a worse state than I found it.  That wouldn’t be ethical—and besides, I knew I’d soon run out of people who would agree to my borrowing their things!

No, my problem was that I ended up spending money to repair or replace the borrowed item, because, while in my tender care, the infernal thing would fall apart, get misplaced, or simply cease to operate.

The people from whom I borrowed stuff could hardly wait to see what wonderful surprises I’d be bringing back to them.  They actually came to my house, carrying things they wanted me to borrow!

One neighbour, for example, received a brand-new outdoor extension cord from me.  I ran over his with the electric mower I borrowed from him when my own gave up the ghost.  It was on that same occasion that his mower had a new on/off power switch installed—at my expense, naturally, since it cracked and broke while I was using the mower.

The same neighbour, on other occasions, had free repairs made to his electric barbecue starter, his circular saw, and the front fender of his car, all paid for by me before returning the borrowed items to him.

When his firm transferred him out west, the poor fellow literally cried at having to leave me!  As a going-away gift, I presented him with a new camera—to replace his old one, which I had dropped overboard on a canoeing expedition.

Given my track record, it was no wonder most of my friends knew that I never mastered the fine art of borrowing.  When people dropped by to see if there was anything I’d like to borrow from them, they also brought along a list of replacement items they’d be glad to receive when the usual misfortune befell me.

Eventually, however, I started cutting way back.  I discovered that I just couldn’t afford to keep borrowing other people’s things, upgrading or replacing them, then returning them.  With my daughters’ encouragement, I resorted to borrowing something only when I really, absolutely needed it.

There was the time, for instance, when I had to borrow my sister’s electric typewriter—this, in the days before computers.  I had a writing deadline, and my own, heretofore-dependable Underwood had expired.  Hers worked perfectly for the first few hours, and then, to my horror, I discovered the last line I had typed read:  Thx summary conclusions prxsxntxd bxlow arx furthxr xxplainxd in thx sxvxn appxdicxs attachxd to thx rxport. 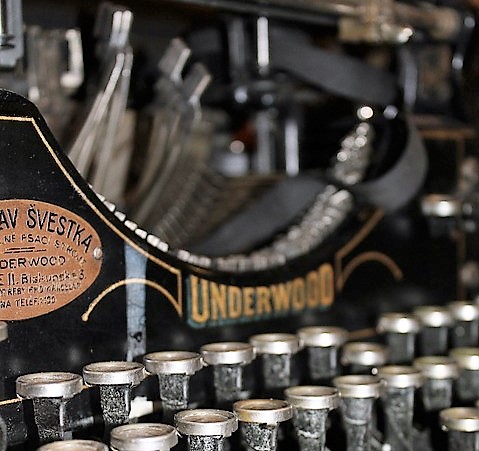 My sister was not amused when I tried to return the defective machine with only a new ink ribbon to offset the problem.  Were I to tell you what she said, using her typewriter, it would have read:  xxplxtivx dxlxtxd!

So, before you ask—No!  I don’t need to borrow a thing, thank you.