By demographic definition, I am what is sometimes not-so-flatteringly referred to as a WASP—a white, Anglo-Saxon protestant.  As such, I am in a sub-group of white-skinned people currently comprising approximately 80% of Canada’s population.  Not all white people are protestant, of course, nor are they all of Anglo-Saxon descent.  And neither are they all native-born.  But a good many of us are aging.

The other 20% of the population is made up of visible minorities—mainly South Asian, Chinese, Black, Filipino, Latin American, Arab, Southeast Asian, West Asian, Korean, and Japanese—and aboriginal people belonging to First Nations.  Not all of the visible minority people are native-born, either; approximately two-thirds of their number emigrated from other countries.  And many of them are young.

Immigration to Canada originates from almost two hundred countries, and immigrants number nearly seven million people of a total population of 35.85 million today.  Among this cohort is every skin colour imaginable.

Statistics Canada projects that more than half of immigrants in Canada will be Asian-born by 2036, if recent trends continue. At the same time, the share of European immigrants will decline by about half, to about 16 per cent.  More people will belong to a visible-minority group in the next twenty years, and the share of the working-age population who are members of a visible minority will reach up to 40%.  South Asians will remain the largest group, followed by Chinese.  In cities like Toronto, Vancouver, Calgary, and Winnipeg, visible minorities could become the majority.

These visible minority projections do not include the aboriginal population.  A previous Statistics Canada projection to 2036 found the share of indigenous people in the population will grow as high as 6.1%, from 4.4 % in the 2011 census.

The total share of immigrants in Canada’s population is expected to reach up to 30% by 2036, which would be the highest since 1871.  Canada, as it marks its 150th birthday, already boasts one of the highest shares of foreign-born people in the developed world, and it appears the trend will continue.

Canada may also become more secular as the share of people who report having no religion continues to grow—up to about one-third of the population presently, compared with 24% in 2011.  At the same time, the number of people affiliated with non-Christian religions will reach about 15% of the population, up from 9% now.

One of the factors influencing these changes is the birth rate in Canada.  The last year the replacement-level fertility rate of 2.1 children per woman was reached—meaning couples, on average, had produced enough children to replace themselves—was 1971. In 2011, the total fertility rate was 1.61 children per woman, up slightly from the record low of 1.51 about a decade earlier.  Data from other studies, when examined, show that non-white mothers have higher fertility rates than the Canadian average drawn from all ethnic and religious groups.

For the first time, a study in 2015 found the number of Canadians over 65 to be larger than the number of citizens under 15.  Throughout the history of our social welfare system, there has been a large base of people at the bottom of the pyramid whose taxes have helped to support those at the top.  Now, that pyramid has been inverted, and the question arises as to how fewer taxpayers will be able to support pensioners who are living longer than ever before.

[Projections based on population models from the 2011 National Household Survey]

So what might all these statistics signify?  Why do they matter?

There are several implications, I think.  First, if Canada is to endure and prosper, immigration must continue apace.  No nation will survive in this age if its population is shrinking, or aging, without replenishment.

Second, our tolerance for religious and ethnic groups other than our own (regardless of who was here first or came later) must continue.  The numbers project a declining percentage of white Caucasians in an increasingly diverse, multi-ethnic Canadian population, all of whom must live harmoniously side-by-side if the country is to survive.  Hatred and vitriol will serve none of us well.

Another effect is a growing need for education, training, and retraining in order to equip citizens for the workplaces they will encounter.  With the advent of artificial intelligence and robotics, many of yesterday’s (and today’s) jobs will become obsolete.  The challenge is to ensure that young people—the workers of the future on whose productivity we will all depend—do not suffer a similar fate. 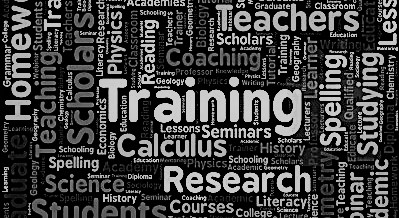 It is not a matter of propounding the concept of a global economy, or abhorring it; rather, it is the need to face the reality that we are irreversibly set upon that path.  The objective must be to maintain Canada’s uniqueness among the nations of the world, even as we become both trading partners and rivals with them.

As a nation, we will not be able to do that if we allow our cherished rights and freedoms to be trampled in endless, internal squabbles among ethnic groups, religious groups, and pro- and anti-immigration forces.  A free society, by its very definition, must evolve to accommodate all those who inhabit it.

I am a WASP, yes.  But first, I am a Canadian, with all that such status implies.  So, too, are my fellow-citizens, whether or not they look like me, worship as I do, speak the same first language, or honour the same traditions.  In Canada, there must be room for all of us.