In times of distress and uncertainty, many of us turn to respected leaders from days of yore to find solace or encouragement from their words.  A number of their declarations deservedly occupy a place in the hall of fame for inspiring messages.

But I have often wondered if there might be a hall of infamy for utterances that do just the opposite: reveal hateful philosophies that denigrate and belittle the spirit of humankind.  Goodness knows, there is no shortage of despicable characters from our history to whom we might turn for such messages.

We might think, for example, of Hitler, Stalin, Saddam Hussein, Al Capone, Mao Zedong, Lenin, even Caligula.  All men, they made many dystopian claims during their respective reigns of terror.

A small sampling of these follows—

What good fortune for governments that the people do not think.

To read too many books is harmful.

Make the lie big [and] simple.  Keep saying it…eventually people will believe it.

The victor will never be asked if he told the truth.

Politics is saying you are going to do one thing while intending to do another.

Death is the solution to all problems.  No man, no problem.

One death is a tragedy; one million deaths is a statistic.

It is true that liberty is precious; so precious that it must be carefully rationed.

Religion is the opiate of the masses.

I don’t care if they respect me, so long as they fear me. 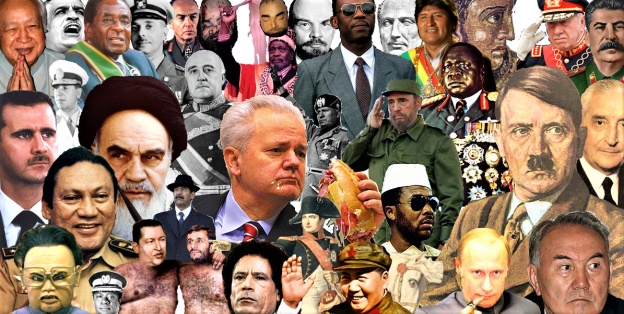 Any search on the internet will turn up dozens and dozens of such statements by these men and others.  And it’s interesting to note that those who said these things might have actually believed them.  Even if we find their sentiments monstrous, they could have been telling the truth as they saw it.

Or, conversely, they might have been deliberately making such utterances, knowing they were false, to further their own ends.

But what of today?  Are there statements like these being made in our own time, perhaps believed by the person uttering them, even if misanthropic and obviously false?

It’s one person coming in from China, and we have it under control.

One day, it’s like a miracle, it will disappear.

We’re doing a great job with it.  Just stay calm.  It will go away.

I felt it was a pandemic before it was called a pandemic.

I see the disinfectant, where it knocks it out in a minute…is there a way we can do something like that, by injection inside or almost a cleaning?

Cases, Cases, Cases! If we didn’t test so much and so successfully, we would have very few cases.

Now we have tested almost 40m people. By so doing, we show cases, 99% of which are totally harmless.

Nothing would be worse than declaring victory before the victory is won.

How likely is it, do you suppose, that the person who made these statements truly believed them at the time they were uttered?  Could anyone in a major global-leadership position be that deluded?  That ignorant of science?

Or perhaps he knew what he was saying was false, but did it anyway to advance his own agenda.  Could that be so?

Each of us must make of it what we will. 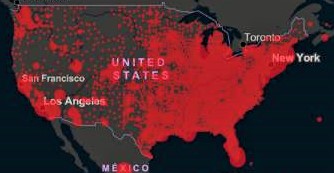 The bigger problem, of course, is that the person who has spoken these words is the democratically-elected leader of more than 330 million people—just a tad more than four percent of the planet’s population—whose nation is presently being overwhelmed by almost twenty-five percent of Covid-19 infections in the world.

More tragically, at the time of writing, the number of deaths is almost one-quarter of the worldwide total.  One-quarter!

All this from a country ranked first in the world in 2020 in GDP (gross domestic product)—presumably the best-equipped nation to deal with such a crisis—yet only the fifty-eighth safest nation in the world in the face of the pandemic.

So bad is the situation that four of the fifty states of the union occupy spots in the list of top-five world nations for Covid-19 infections.

When future generations seek an explanation for all of this, they may well focus on leadership—or its absence—at the very highest level.  And they may study carefully the statements made by the man at the pinnacle, some of which were listed above, to ascertain how effectively he grasped the dire situation, owned it, and set about to vanquish it.

If so, they may have to look no further than this remarkable statement from that very man—

I don’t take responsibility at all!

For the Hall of Infamy, I nominate…