Many people think of clichés as timeworn, too-oft-repeated banalities, devoid of meaning because of their ubiquitous presence.  Too self-evident to be of any use; to wit—

What will be, will be.  You think?

As I approach the three-quarter century mark, however (in fluctuating moods of disbelief and resignation), I find I have begun to pay closer attention to many of them, discerning nuggets of truth that, heretofore, I paid scant attention to.  Whether this is on account of acquired wisdom or wishful thinking, I cannot tell.

Either way, I am becoming increasingly aware of the boundaries of life—that there is, not just a beginning that was, but an ending to come—a fact I tried to ignore in those halcyon days of my youth.  And many of the so-called clichés are resonating clearly now for me, rather than ringing hollow.

The times, they are a-changin’, right in front of my eyes, falling by the wayside as we continue to poison our planet, wage war on our fellow humans, and trample on the rights of others in a mad scramble to make our selfish way.  I’m beginning to understand more fully now that time and tide wait for no one, and it will soon be too late to reverse the flow.

Actions speak louder than words, undoubtedly; yet increasingly, we scoff at the science of climate change, and the inevitable—and irreversible—consequences of global warming.  The planet is home to all of us, the only home we have, and I fear we will not defend it, so focused are we on wealth-acquisition and a penchant to wield power.  We need to remember that a house divided against itself cannot stand.

We shall reap what we sow.  Or, if not us, those who come after us—those for whom we have tainted the future they will inherit.

It has been said it is better to remain silent and be thought a fool, than to speak and remove all doubt.  Nevertheless, if we do not speak out while yet we have the chance, our children and grandchildren may experience a fate worse than death—living on a planet that will be hell.

Too many of those to whom we look for leadership and vision, alas, fail us with their short-term thinking.  And as I enter this last quarter of my life, it occurs to me that neither they nor I will be around to reap the whirlwind that is being seeded by our collective short-sightedness.  Too many of them are yesterday’s men, when what we need are tomorrow’s dreamers—men and women who think beyond the constraints of the present.

Hindsight is better than foresight, by a damn sight, it is true.  But foresight is what will save us from ourselves.  If we don’t stand for something, we’ll fall for anything, and we’ll fall very hard. 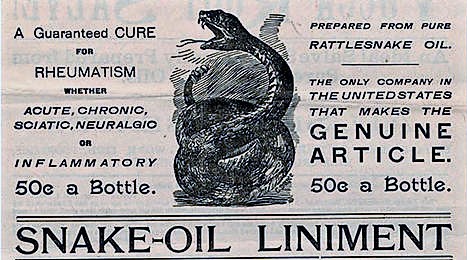 So, these clichés—are they just empty aphorisms, bereft of significance?  Or do they, perhaps, constitute a wake-up call, wisdom from those who have gone before us, that might help preserve our bounty for those who will follow?

And, if they are true, will we pay heed?  Will we listen to the ones that caution us, each a voice of one crying in the wilderness?

Or will we ignore their message as nothing more than a tale told by an idiot, full of sound and fury, signifying nothing?

When I hear false promises from so many of our leaders, I am reminded that every man has stupid thoughts, but wise men keep them quiet.  I am reminded that when you talk sense to a fool…he calls you foolish.  I wonder whether the world is being run by smart people who are putting us on, or by imbeciles who really mean it.

Worst of all, I am in fear of those who believe everything they think.

Napoleon famously said (in French, I imagine), In politics, stupidity is not a handicap.  Woe that he was right!  So many of our leaders persist in pissing on our legs, while telling us it’s raining, and have the gall to pretend not to notice that we notice!

And that is our fault.  Far too many of us demand freedom of speech as a compensation for the freedom of thought which [we] seldom use.

My mortal coil is unwinding, more quickly now, it seems, than ever before; and too soon for my liking, I will shuffle off to who knows where.  In the meantime, I try to heed the old advice—Don’t look back; something may be gaining. 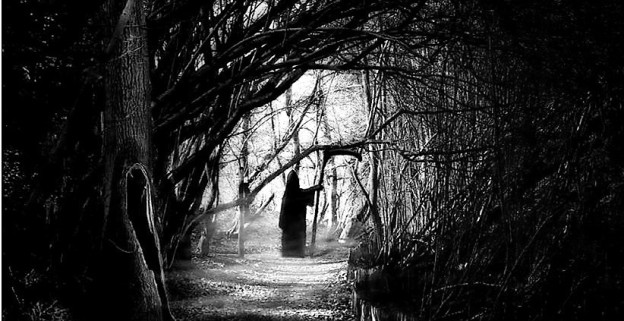 But looking forward is difficult, too, given the problems we seem not to be facing up to.  I yearn for a generation of leaders who will step to the tiller, place firm hands on the wheel, and chart a steady course, one we all might confidently follow.  We need captains who are principled, intelligent, unwavering, and above reproach—like the north star, [so we can] set our compass by them.

Will we find them?  Will they find us?  Or is such conjecture nothing more than a fanciful wish on my part?  The world ends when you die, or so some believe.  But for those left behind, it goes on, whether for better or worse.  Will that world flourish—a renewal, a blossoming?  Or will entropy prevail—a gradual decline into chaos and disorder?

Will the future confirm what Robert Browning once wrote—the best is yet to be…?  Or will it be what Porky Pig proclaimed—Th-th-that’s all, folks!? 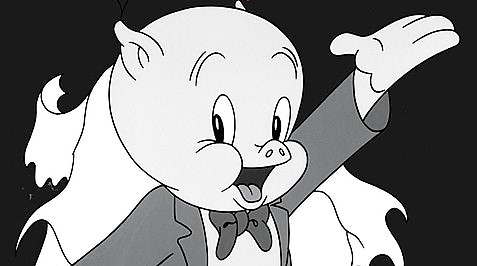 Just a cliché?  Maybe.  But it matters to me.