Upon retirement some twenty years ago, I moved with my wife to Florida for six months of the year.  Where once we had been intrepid winter-sportspeople, participating avidly in (and watching) hockey, curling, and skiing, we forsook them all for the warmer climes of the sunny south—and for year-round golf.

Nestled into a cozy villa in a golfing community, we took to the links as many as four or five times a week—foursomes with friends, club leagues, and even occasional tournaments.

My regular men’s foursome was with three friends, and playing with me was pretty much an act of charity on their parts.  Naturally enough, our conversations generally revolved around the state of our respective games.

These fellows had, for years, recorded better scores than I had.  I was never sure from week to week which single digit represented their handicaps, but I knew what my handicap was—a pronounced lack of ability to hit the ball where I wanted it to go.  Because of this, I had to put up with their wisecracks, clumsily disguised as advice.

“Y’know, you’re usually standing too close to the ball,” Charlie would chortle.  “After you’ve hit it!”

“Maybe it’s how you’re gripping the club,” John would join in.  “Have you tried playing left-handed?”

“Actually,” Bob would blurt, unable to contain himself, “you’re not really playing golf.  The game you’re playing should be called, If Only…!”

Mind you, the ball always went where I hit it—although rarely where I intended to hit it.

To tell the truth, I knew my friends were a lot better than I at the game.  But the gap seemed to be widening with each passing year, and I finally had to acknowledge I was the guy who always had the highest scores.

What really bothered me were their claims that they played golf to relax, to shake off the everyday cares that accompany getting older.  When we’d finish a round, they’d be happy, serene, and ready for a self-satisfied nap.

Not so with me!  I generally came in after eighteen holes feeling frustrated with my score, angry about the balls I had lost in several of the ponds, and despondent over my lack of improvement.  My friends would laughingly console me by saying, “Relax already.  You’re not good enough to get mad!”

So, in desperation, I decided to take a lesson from the local pro at our club, who watched me hit a few balls on the practice range.

“Hmmm,” she offered, after witnessing my futile flaying of the club, “I think you need to take a couple of weeks off, get away from it for awhile.”

“Yup.  Then, you should consider giving up the game!”

Undeterred by her flippant attitude (and figuring she’d probably been put up to it by my friends), I decided to persevere—but, I have to say, only after making several minor modifications to the rules.

On one day, for example, I would decide on the score I wanted to shoot before I began each round.  When I reached that number, regardless of which hole I was on, I would simply stop counting my strokes.  And guess what?  I began to feel quite pleased with myself—although, I was a tad concerned about how my friends seemed to feel.

On a different day, I’d resort to another of my modifications, this one having to do with visualization.  Because I knew what constituted a good golf shot, even if I had trouble executing it, I’d conjure a mental image of what I wanted each shot to look like.  Then, Zen-like, I’d slash at the ball.  If I liked the result, if it matched my visual image, I’d count the stroke; if not, I didn’t.  And just like magic, my scores improved.

As did my mood.

A third minor change, one I particularly liked, allowed me to stick almost exactly to the rules.  I would play every stroke by the book, not trying to finagle the score on any hole—I’d tee off, hit crisply from the fairway, putt every stroke (no gimmies), and I’d count every penalty stroke (if there were any).  The only deviation from the rules of golf was that I used an imaginary ball, rather than a real one.

For a long time, I really believed this new game of ‘air-golf’ could catch on, and I wouldn’t have to bend over on every hole to retrieve a ball from the cup.

Looking back, there were a host of changes I made to my rules— 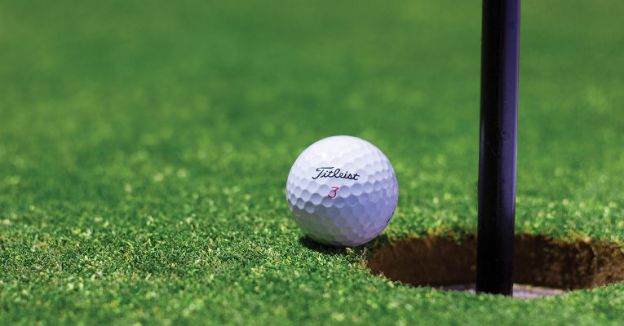 With these changes in place, my scores began to match those of my friends in short order.  And I can’t say they were pleased about it.  In fact, so petulant did they become that, after only a week, I had to abandon these rule modifications altogether.

It was either that, or I’d have found myself playing alone!

Mind you—not that I want to lose my friends—I do shoot my best scores when I’m playing alone.